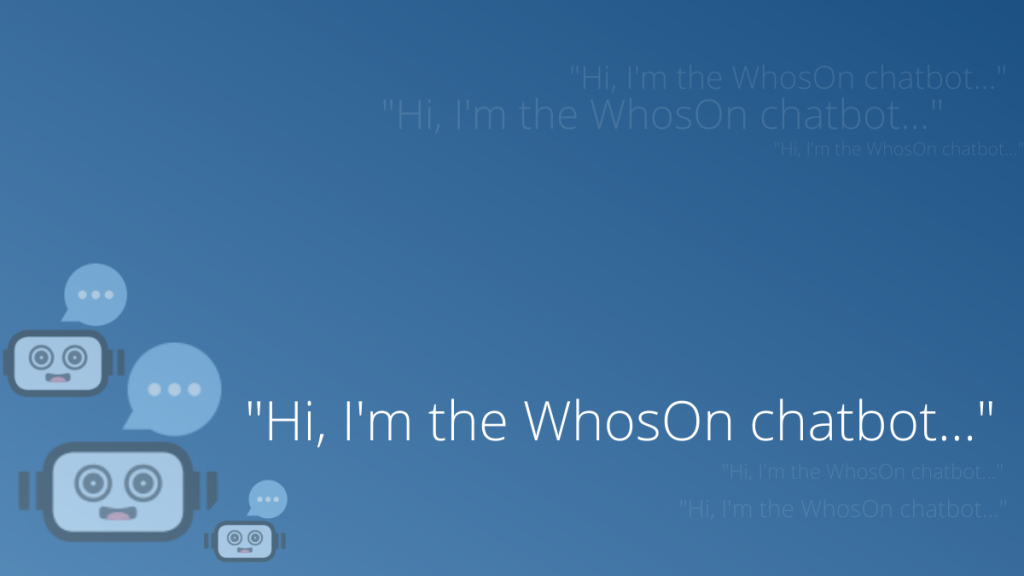 Chatbots are getting better at mimicking human conversation. So much so, in fact, that the lines between bots and humans are starting to blur when chatting online.

Between the ability of bots to sound ‘natural’ and understand ever more complex queries, and the often-scripted nature of manned help desks, it can be difficult to ascertain whether you’re talking to a person or a program.

Which brings us to the question of chatbot disclosure. A pitfall of old is pretending your bots are human, but should your bot actively tell people that it’s a machine?

What is chatbot disclosure?

Chatbot disclosure is making sure that your customers know if and when they’re talking to a chatbot rather than a human. This must be more than an implication.

For example, chatbot disclosure might involve your bot announcing that it’s a chatbot. (Most often, this would be at the start of the interaction.) So, the chatbot would launch the conversation with something like: “Hi, I’m the Company X chatbot, how can I help you today?”

Or, a chatbot disclosure might happen before the customer connects. This might involve the chat button or a proactive chat invitation actively announcing the availability of your chatbot operator.

The point is, chatbot disclosure is where you make clear that your visitor isn’t speaking to a human agent. You’re not trying to pass the bot off as a real customer service rep. Nor are you leaving the customer unsure. Rather, it’s an explicit declaration of bot use.

So, with chatbots getting better at appearing human, why should you make sure your bot identifies itself as a bot?

For a start, no matter how good a chatbot is, they still elicit different expectations than a human agent. For example, a customer will expect quick answers from a chatbot, but more flexibility from a human. They won’t demand an empathetic experience from a bot, but they’ll expect human service from your agents.

Expectations management is crucial in creating a great customer experience. A customer that believes they’re speaking to a human is in for a disappointment if the chatbot doesn’t deliver flexible, empathetic service. And that makes for a bad experience.

Full chatbot disclosure means that your customers know you aren’t hiding anything.  In turn, this promotes trust and starts the conversation on the right foot.

Plus, your disclosure promotes acceptance of a growing (and still doubted) technology. By being honest about your bot use, you’re giving customers a chance to see it as a good thing, not a hurdle to service.

Transparency is a core tenet in the ethical discussions around AI — and that includes ever-smarter chatbots. When you ensure a clear chatbot disclosure, you’re providing that transparency.

In fact, ensuring a full chatbot disclosure is the more ethical practice overall. You’re ensuring that you aren’t deceiving your customers. You’re giving them the freedom to choose the service they want. Plus, no one likes feeling lied to.

As the proverb goes, honesty is the best policy.

Where there are pros there are cons, however. And there are valid concerns about announcing when customers are chatting to a bot.

In some cases, a full chatbot disclosure could inhibit the benefits of your bot. In a 2019 study, the disclosure of the voice-based chatbots on sales calls before the conversation resulted in a 79.7% reduction in purchase rate.

This was the case even when the bots were objectively as adept at the task as a human agent. So, it shows that some customers are predisposed against bots. They don’t trust a bot to influence their decisions within their best interest.

However, it’s worth noting that this applied only to voice-based chatbots used to try to sell a product. For customer service queries and finding answers, chatbots are a popular option. Plus, a delayed disclosure can mitigate the ‘negative disclosure’ effect.

2.      It’s jarring to the customer experience

It’s entirely possible to make it clear when a customer is talking to a bot without actively telling them. For example, you can make sure their avatar looks like a robot. You can put ‘bot’ in the name or as the bio for your bot.

Chatbots, for the most part, tend to stick to simple queries and FAQ. Those that connect do so for answers, not for in-depth conversations. Most people just want their problem solved. So why does it matter if it’s a bot or a human that does it? When a chatbot discloses their status, they’re interrupting the conversation to do so.

A note about legal obligations

In some scenarios, you may have a legal obligation to disclose your chatbot use. By always disclosing your chatbot, then, you don’t risk falling foul of different laws.

For example, under GDPR, an EU customer has a right to object to automated processing of their data. (Such as by a chatbot.)

Meanwhile, in the US, California has enacted a law about chatbot disclosure. In it, if a chatbot will influence a customer’s decisions it must actively disclose, at the start of the interaction, that it’s a bot. (For example, if it tries to sell them something or sway their political leaning.) However, if the bot only answers tech support questions (with no upselling etc.) then disclosure may not be necessary.

If the chatbot’s answers and conversation lead users to decisions, chatbot disclosure is the best policy. This applies whether it’s a purchasing decision, a financial decision, a choice of restaurant.

Similarly, for guaranteed ethical chatbot use, honesty is the best policy. So, don’t hide your bot or pretend that it’s human.

But whether that means actively disclosing your bot, or using design to make bot conversations clear is up to you.

If you’re looking to deploy a bot of your own, explore the WhosOn bot platform today.

Why your standalone chatbot is failing