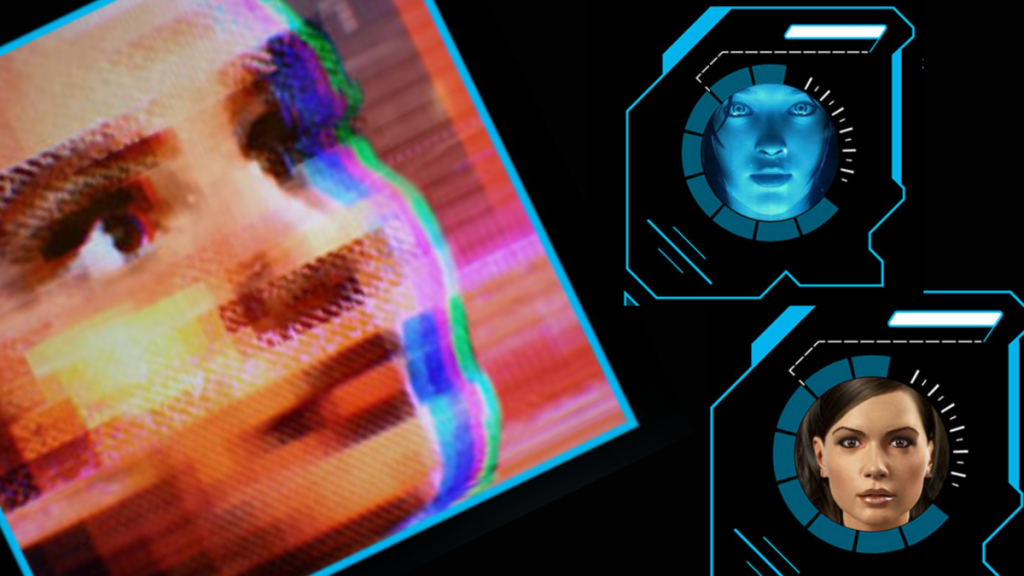 Chatbot history doesn’t go as far back as computing, nor is it as much of a wild ride as artificial intelligence has seen.

But the history of chatbots is full of characters. Some hold successes, others hold failures. All hold an integral advancement or lesson that shaped modern bots.

So, as chatbots become ever more widespread and useful, we look back at the bots and inventions that paved the way.

Here’s a countdown of the characters that have influenced chatbot history.

Mitsuku is a general chatbot — designed for fun and entertainment. Her development began in 2005, long before some of the other characters in this compiliation. But Mitsuku is the first on this chatbot history countdown due to her more recent successes.

Mitsuku has seen steady success since first winning the Leobner Prize in 2013.

Loebner Prize: an annual AI competition that awards prizes to the computer programs considered to be the most human-like.

Tay entered Twitter in 2016. The idea was that she would learn from the people that interacted with her. And she did.

Tay isn’t a high point in chatbot history. But her failures (or indeed, catastrophic success) shaped the furtherance of the field.

The lesson was learned: chatbots have no moral compass. Tay highlighted the need for us to monitor our chatbots, and determine right from wrong for them.

Siri (2010) and Alexa (2015) are both examples of successful, voice-controlled chatbots. They also represent a move away from traditional, text-based bots.

Since their release, both voice-controlled assistants have enjoyed widespread popularity. This success has fuelled the acceptance of voice-controlled, conversational interfaces.

Siri and Alexa represent voice recognition technology as a solid, highly successful means of interacting with our chatbot helpers.

IBM Watson started life as a question-answering system. Its purpose was to answer questions asked in natural language. It succeeded at this when it won the quiz show Jeopardy! in 2011.

The idea behind Watson was to create a computer that could actually answer questions. (Rather than merely presenting related content, as with search engines.)

Watson’s Jeopardy success in 2011 was huge for the chatbot industry, earning the bot its place in chatbot history.

While not a chatbot itself, this popular 90s toy holds an important role in chatbot history. Furby introduced the wider public to the concept of talking to machines.

Like the chatbots in development at the time, Furby was able to create the illusion of conversation and intelligence.

As a result, the furry companion was a friendly, non-threatening introduction to the form of human-machine interaction required by chatbots.

For every gem, there’s a lemon. The chatbot predecessor that left a sour taste in the mouths of users was Clippit, a.k.a. ‘Clippy’ the paperclip.

Introduced in 1996, Clippy wasn’t a chatbot, but a conversational assistant. It spoke at you rather than with you.

Clippy greeted and treated repeat users as if they had never used the program before, earning widespread hate.

It also taught us a valuable lesson — one that would help make real chatbots less irritating. Namely, Clippy demonstrated that chatbots need to adapt to their users and learn from past experiences.

In November 1995, Artificial Linguistic Internet Computer Entity (ALICE) came to life. She was one of the earliest chatbots to display both natural language processing and an early form of artificial intelligence.

Plus, ALICE won the Leobner Prize three times in total.

ELIZA is one of the first ever chatbots, and a good marker for the start of chatbot history. Running a script known as DOCTOR, ELIZA acted as a psychotherapist. But her creator, Joseph Weizenbaum, often reminded people that she wasn’t intelligent.

The principles behind ELIZA lay the foundation for future chatbots. Specifically, the use of keywords and pre-programmed responses. It’s this core of keyword recognition that created the illusion of intelligent conversation.

Chatbot history owes a debt to its star characters

As we head into the future of artificially intelligent chatbots, it’s exciting to think about the successes that await us.

Today, smart chatbots are everywhere. For example, you can find bots residing as “virtual humans” in banks. Or as eerily human video holograms. Or even helping astronauts in space.

And it’s all thanks to characters like these that have raised mass public interest in bots.

So, by looking back at the characters that make up chatbot history, we remind ourselves of the valuable work, research and lessons that have brought us this far.