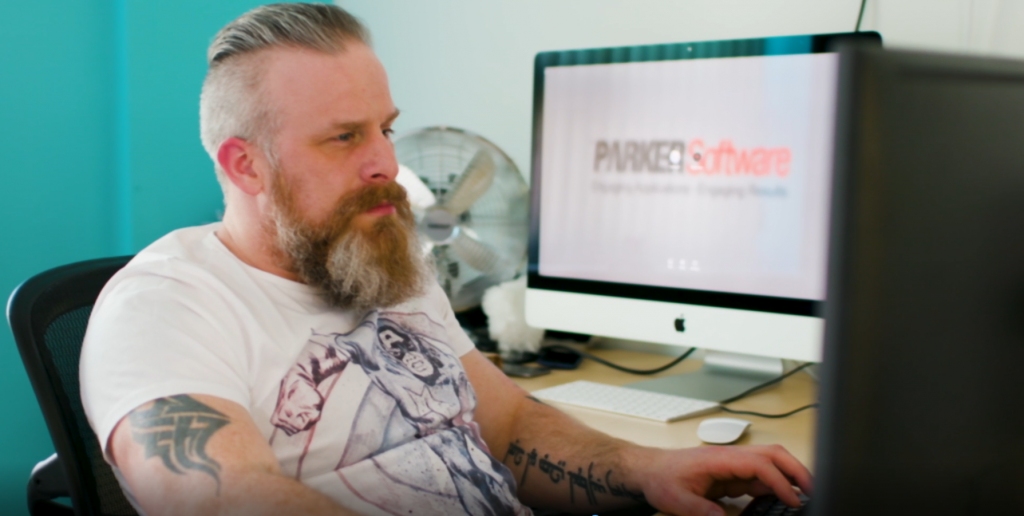 In Paul Johnson’s job, only two things are certain: his code either works or it doesn’t. An ex-military man, Paul’s world is now filled with programming. It’s a world where bugs have to be battled, where code is currency and where a semicolon can make or break you.

So, how has he gone from driving tanks to driving live chat software transformation? We spoke to Paul, senior developer and team lead at Parker Software, to find out what journey lies behind his job title.

Why did you want to become a developer?

Actually, I didn’t. I’m from a military background, and I always knew I was headed for a career in the armed forces.

That never stopped me from playing around with computers though. When I was a child I used to pull them apart, and I’d write small programs that did things like make my screen text change colour.

This was in the time before the internet and before development was a more mainstream field, too. If you wanted to code, you’d have to teach yourself the basics with programming magazines and old-school trial and error – there was no Stack Overflow in my day!

But the interest stuck with me, even when I’d joined the military and was driving tanks in Kosovo.  I considered programming to be more of a hobby than a viable career choice at that time.

It was fate that led to me becoming a developer, I think. Thank the Force!

So, how did you get to where you are today?

I was injured in the military, and was definitely looking for more of a peaceful career move when I returned home. I took one job driving trucks, and then another answering calls in a contact centre. Since I’ve got quite an inquisitive mindset, neither job particularly challenged me.

All this time I’d maintained my interest in programming. Over the years I’d moved far beyond simple scripts to make text change colour, and built up a strong, self-taught development skillset. So when a tech opportunity opened up within the call centre I was working at, I applied immediately.

That landed me a role in market intelligence, writing complex reports in VBA – the programming language used within Excel to develop macros. My work won me a promotion. I shortly moved into software development, developing an intranet application that would manage new report requests within a workflow system.

And that then led me to my role at Parker Software. Starting off as a web developer, I worked my way up to the development team lead. I’ve now been here for four years, and it’s fair to say that my ideas and efforts have helped bring our live chat software to the place it’s at today.

What skills do you need to have as a developer?

Firstly, you can’t be afraid of hard work. A career in development means ongoing learning, and you won’t get far without putting the time in to build your skillset.

After that, you need the right mindset. You have to be organised and strongly focused as a developer, but at the same time you have to be flexible in your approach. Frameworks and methods are evolving all the time, and if you don’t adapt with them you fall behind.

Skills can quickly become outdated in the development world. Languages fall in and out of favour, and new technologies and trends drive continuous change. The best developers are the ones who can embrace the diversity of development, and avoid falling into a rigid tech niche.

Quite often in programming, attitude can trump experience. For example, I’ve gone from dabbling with self-taught code to leading the development team of a global software house, and I’ve done it through constant learning, curiosity, and mental agility.

What are your key areas of expertise?

I’m something of a generalist, so I wouldn’t say I have any one key area of expertise. Essentially, I’m a coding veteran who’s also immersed in the full modern stack, so I’m as fluent in legacy programs as I am in up and coming new languages.

Having said that, I’m probably most knowledgeable when it comes to JavaScript, JQuery, VB.NET, C#, SQL, Gulp, HTML5, CSS and Bootstrap.

Going beyond the code, my key skills are my ability to learn and to develop others. I love getting stuck into complex programming projects and I always will. But DevOps leadership is now where my real expertise lies. I’m both a team manager and trainer, helping to upgrade our live chat software to the next generation as well as upskill our next generation of developers.

Can you describe a typical day in the office?

There’s no typical day in development – and that’s what makes it such a great field to work in.

Aside from that, a typical day in the Parker Software office involves a lot of memes, coffee, and conversations about all things geeky. On any average day you can expect Star Wars to come up in conversation at least five times, Star Trek to crop up around ten times, and Lord of the Rings fifteen. It’s not a bad set-up, really!

What’s the best thing about your job?

For me, the best thing about the job is the impact it makes on the business. Our company is only as strong as the product it sells. Without a dev team keeping the live chat software current and cutting-edge, we’d never be able to compete.

It’s always great to know that the work you’re doing is instrumental to company success. And the work in itself is great too – I enjoy the challenges and the diversity and the constant learning. You’re always on your toes; never bored.

Here at Parker Software, the team you get to work with is a big part of the positive job experience. Everyone is genuinely friendly, and united by a common goal to produce quality code.

Is there any particular piece of work that you’re proud of?

As a developer, there are always further improvements you can make to the software, further tweaks you can make and further problems to solve. So as much as you’re proud of the projects you’ve worked on, it can feel like they’re never fully finished.

But even with that level of perfectionism, there are still projects that I’m proud of. The workflow application I built for a mobile service provider was a huge piece of work, and it took me to places like Punai in India.

More recently, I’m proud of the work I’ve completed on our WhosOn live chat software. It’s Parker Software’s flagship product and it’s used by hundreds of thousands of people each day, all across the world. I’ve completely rebuilt and modernised the product, adding new and improved features, integrations, branding, and UX.

My work has enabled the business to sell more and increase market share. Without it, we wouldn’t be the key player in the live chat software space that we are today.

In your opinion, what’s next in the world of development?

There’s talk doing the rounds that programming will soon be a second language to everyone. With coding being taught in schools and the availability of free dev resources, the logic is that everyone will become a developer – and that the skill will be easier than ever to master.

I don’t think that’s necessarily true. Development is definitely more accessible, but ultimately I believe that it will remain a niche field due to the mindset needed. Programming hasn’t got easier, but I’d say that branches of programming languages are becoming easier to use – with supersets enhancing what you can do with code.

When it comes to languages, the core set will stand the test of time. New languages will always come and go, but JavaScript and C are here to stay.

In terms of technology, everything will become web-based, and we’ll move further away from desktop applications. It’s incredible to see how far technology has come over the years, and I think we’ll continue to see leaps and bounds in the market.

For example, I’ve always loved Star Trek. I remember being in awe of the tech, and now that tech is here. Rather than the replicator we’ve got 3D printers, and rather than the Starship Enterprise’s computer we’ve got Siri. The future has become reality, and these advancements will only continue.

It’s exciting to think that development is constantly evolving, and that there’ll be no end to my learning.

So, interested in becoming a live chat software developer? Start your career with Parker Software today. 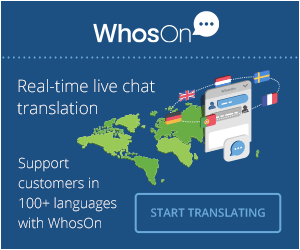