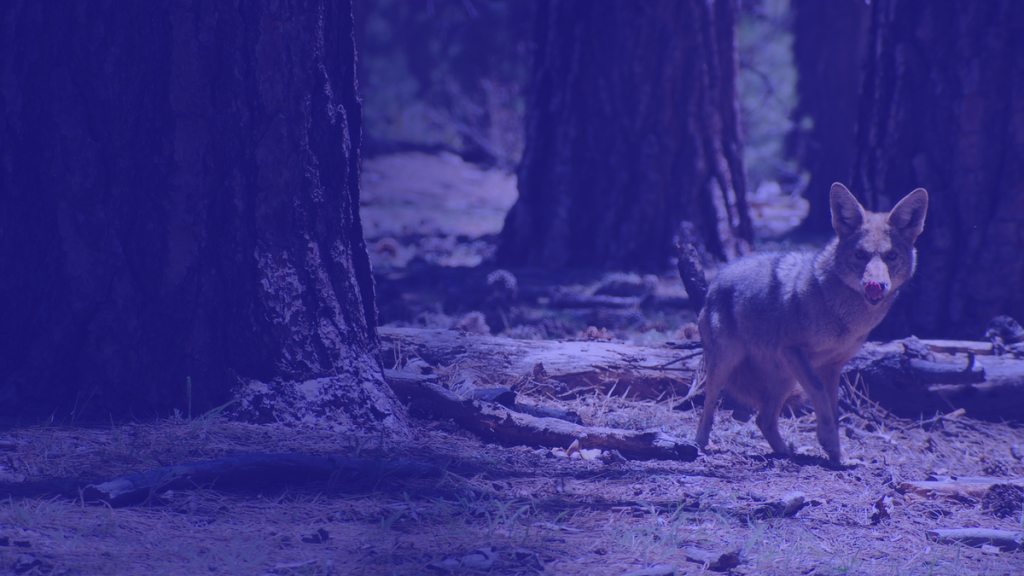 But what has Bigfoot’s Hispanic cousin got to do with the death of live chat software?

This myth is very much like that of the vampiric monster that emerged in Puerto Rico in 1995, known as Chupacabra.

Both myths had, at one time or another, an element of believability.

Both myths have also been proven false, yet continue to permeate discussions.

Admittedly, there is some rationale behind the Chupacabra myth. As well as the many similar eyewitness reports, bodies of bloodless prey were found, and even some dead ‘Chupacabra’ bodies. (Later revealed to be coyotes suffering from severe skin disease.)

Still, you can understand the seed of logic that sprouted the Chupacabra legend.

The myth surrounding the death of live chat has similar authentic origins, and enough claims have been made to warrant an investigation.

So, why is the death knell being rung for live chat?

New products that focus on messaging rather than real-time communication have disrupted the market.

We are seeing services like Messenger displace website chat models, and it seems that the entire world is obsessed with chatbots.  Combined, these factors could indeed impact the demand for traditional live chat software.

A big part of this centres on the flexibility (or lack thereof) of live chat.

Most brands are unable to man their live chat channel 24/7, and can even struggle within office hours during peak periods.

Plus, thousands of companies still use old, legacy live chat solutions. Some of these antiquated systems don’t offer key features such as chat history, CRM integration or mobile optimisation – making for an inflexible communication channel.

‘Messaging’ apps that declare the death of live chat offer solutions to these problems. They suggest either a reversion to the ‘trusty’ (tedious) phone call, or non-live forms of chat such as messaging and texting.

The idea is that the brand doesn’t make any ‘live’ promises. Instead, conversations are sustained over the course of time whenever each participant becomes available to reply. (Much like WhatsApp or iMessage, for example.)

Yet these emerging alternatives to live chat are flawed. While good for mobile, they don’t integrate well with desktop use. Crucially, new messaging based apps also remove the convenience of guaranteed real-time communication – the part that matters most to customers.

It’s true that when you have a non-urgent question, customers can message and wait without much concern, as they would with a messaging-based app.

Great, except that when customers reach out to you, they’re usually looking for instant support. Your busy customers won’t have a relaxed ‘they’ll get back to me later’ mentality. They want things sorted now.

As such, there’s no guarantee of a reply.

Meanwhile, live chat software assures customers that they aren’t just sending messages into the void: they’ll get support then and there.

But what about bots?

True, the chatbot explosion has caused (reasonable) concern about the death of live chat. Over 80% of businesses now have some form of chatbot automation implemented, and 96% of businesses believe chatbots are here to stay.

But that doesn’t spell the end for live chat software. Quite the opposite, in fact.

Chatbots are great for quick-fire answers to FAQ and for automating repetitive account tasks, but they’re no substitute for real human support.

Tag-teaming alongside chat operators, a chatbot is a fantastic time-saver. By itself, it’s not enough to serve your customers with empathy, humour and intellect. (Yet.)

Did you know that the global live chat software market is expected to reach $987 million by 2023? Or that live chat is rising at a 7.3% compound annual growth rate?

The market is thriving, and the demand for live chat software is surging year on year.

Maybe live chat needs a few yoga sessions to make it more flexible, but as one of most popular channels (with 73% of customers satisfied after using it) for B2C communication, it’s not going anywhere anytime soon.

Unlike the believers of the Chupacabra.

‘The report of my death has been grossly exaggerated.’

Despite both the Chupacabra and the death of live chat myths holding rationale, they’re ultimately untrue and easy to disprove.

Like the existence of the Chupacabra, the death of live chat has been reported as fact, regardless of plain evidence to the contrary.